The Following is an Excerpt from Origin, the next book in the Conspirator's Odyssey Series
By Aaron Kuykendall...

I would have never thought that my own attempted murder was imminent. As that pearl black stretch limousine that drove down the barren stretch of desert road, carrying Agent Damion Walker, Agent Doug Ingro, and myself enroute to the secret underground facility in Arizona known as Chicciihie Point where Unit 87 housed many of our government’s secrets, I was swiping my forehead from the heat and wishing I was somewhere cool, having a drink!

Chicciihie Point was more than eighty miles outside Phoenix, isolated from the civilized world. It was silent! The type of silence that reeked of death and this death emanated from the dozens of bodies strewn about; their blood smeared violently in puddles and splatters—an image from a gothic mural of a ritualistic aftermath.

Gawsdamit, move already! Lift your face out of this pool of blood and take a fucking breath! Move!

Struggling to take a breath after suddenly regaining conscienceness from what seemed like hours, with great strain, Harold Grog moved his head ever so slightly—an act that proved a major feat given the unorthodox condition of his body.

It was a special hell when you knew anatomy and knew exactly how badly you were hurt! With three distinct bullet wounds to his cranium, he knew he’d been struck through the left temporal, lower left cerebellum, and the upper parietal bone. With a force similar to that of a sledge hammer to the back of a skull as one lay face down on concrete—like being nailed to the floor—his face had been pressed down in the crevice of a small stair step, the second of three that connected to the small stage in the conference room of this massive facility. Three to four ounces of his and some of his colleague’s coagulating blood was also there...

Something’s terribly wrong! I can’t feel any pain! The condition of my body, yes, but no pain!

As his eyes began to dance about, he contemplated for a moment his circumstance; and with him now managing to move his mouth and then being able to lift his head, he noticed the sizable hole in the stair step his face had been buried in. He figured that with the shot he took to his upper parietal bone—the bullet must’ve traveled straight through—piercing the sphenoidal air sinus, the middle and inferior concha, and had shattered his hard palate; creating the miniature crater he was about to drown in.

He noticed that his body was grotesquely slumped over the chewed torso of a fellow scientist and as he attempted to shake life into his limbs, something like nails shooting at high velocity toward a wooden plank, the onslaught of pain suddenly seized him in its medieval grasp—causing him to scream in agony from within. He hadn’t yet regained the use of his voice due to his trachea having been split open by the sharp edge of that crater.

Though the pain was unbearable, he tried to focus on what he knew to be reality. That what was taking place within him was really of his own design, and that the pain was simply an indicator that the seemingly archaic process was reaching its climax—running its course. Still his body remained dead to the world, but he knew that he was coming back. After all, he had run the tests! He ran and knew all the scenarios—the pros and cons! He anticipated this outcome and so decided--in this, the closest step ever reached in the succession of a perfect serum, he became what he never thought he would be: an experiment of his own design.
#
Though it seemed the time was hours since he was riddled with over 47 bullet wounds, Dr. Grog was unawares that it had been but a mere 37 minutes, his wrist watch having been shot off his arm to a location he couldn’t fathom, let alone retrieve if he wanted to. With his head the only movable limb, he watched in agony as his blood chewed away at the bullets buried in his legs, cranium, chest, and back, into liquid; and endured as his internal organs: skin, tissue, venial skeleton, bone, cartilage, etc. rebuilt itself before the death that had hold of him instantly released him from his momentary paralysis.

This was the only thought he had after his body healed itself in a fascinating display seen only in movies. He sat upright looking around the room saddened at the carnage before him.
For many years he had led this team and incidentally lead thousands more since 1931 and wasn’t completely blind to the protocols of the United States security sections, particularly the black section of our governing body.

Being the leading authority on the Aneman project, he was commissioned within one month of the initial autopsy performed on the six alien bodies recovered in Roswell and after his intense evaluation of the extraterrestrial biological entity affectionately referred to as EBE (the extraterrestrial recovered alive from the Roswell crash site) he was named the primary liaison.
He had no way of knowing that his report; code name EBE-47-AV/1 that he’d put together for General Roger Ramey of his extraordinary discovery would have led to more than 300,000+ deaths: foreign, domestic, military, and civilian alike. He had no clue as to the lengths this government would go to, to cover and push this objective—taking even the simplest of preliminary tests and running with it as if it were a final product when in actuality and after many years post the Roswell incident, they weren’t even close.

Little did Walker know—Dr. Grog was a scientist not easily expendable? Yet it seemed his time was up after our government and its puppet Walker were fooled into thinking that they had themselves a finished product. Little did they know the serum that was injected into both Sergeant Vernon Grouden and Sergent Yo Klan Woo, and by Dr. Grog himself, was the closest they’ve ever come to reaching the overall objective!

He was the foremost authority on this project, and by perpetrating this ruse on Walker meant his theories were correct when he threw him away like so much trash without so much as a hand shake for his years of service.

But what was I to expect?

He had blood on his hands as well. He danced with the devil and reveled in the authority taking life by the thousands for experimentation primarily out of the citizenry of our American populous, not to mention a fair share of international lab rats. In this recent phase, the serum was drastically tested on all levels and across all scientific spectrums as it had been many times in the past to no avail; yet this time Grog had decided to journey beyond these spectrums into avenues beyond the normal parameters.

In reevaluating his study of EBE who had a metabolism similar to that of a plant, he realized that this was a place in the experiment he’d never thought to journey as the relevance was slim in the overall objective, but in his reevaluation, he'd found that in the regenerative traits that if fused at just the right pace, it could create a rapid regenerative trait that could be carried over into the genome of a human being.

So many experiments’ through the years! So many!

On and on Dr. Grog contemplated his experiments and his results. Now sitting upright amongst the strewn, bloodied, and tattered bodies of his former team; the carnage, though saddening didn’t wholly affect him as he was accustomed to this type of death, but this time it was most assuredly different: he was on the receiving end.
#
Panic stricken, Dr. Grog's eyes widened and his pulse sped up instantaneously. He began to breathe harder and harder. His brow suddenly began dripping in sweat and as he began looking frantically around the room repeatedly wiping sweat away from his eyes, he had a dreadful feeling that something was terribly wrong...that he had forgotten the protocol he himself suggested as a standard operational procedure when dealing with what military strategists referred to as a wash. He knew the experiments, but was never on this side of it and thus he hadn't known nor understood how he was to cope—at least without time to settle into his new abilities. After all, he was a scientist, not a soldier.

With all his contemplations, he suddenly took notice of his clothing, and of the clothing, skin, and hair of the victims around him and realized that there was no sign of charring or burns. Oh my god! They’ve yet to perfo…

A blinding light silenced his thoughts as the ferocity of it moved through the facility with deadly ease followed by a massive series of explosions that shook the foundation as if the hand of God were tearing it from its roots. “Shit” Dr. Grog yelled out—his voice coming out of its slumber and trailing without an echo as the massiveness of what was taking place took center stage.

Moving quickly to shield himself; and with a tremendous amount of speed and brute strength, Dr. Grog gathered up eight bodies—using what little clothing that was strapped to them as a harness and braced himself from the impact. Gritting his teeth he yelled out at the top of his lungs—though his voice vanished with the rumble of the explosions. “If I survive this, Walker, you and the individuals pulling your strings will pay dearly for what you’ve done to me. Mark my words!”
Posted by Glenda A Bixler Reviews at 6:00:00 AM

It's been since October that I have gone into physical therapy, and had surgery to remove a hammerhead toe, which has greatly helped my walking...but I am still only at 30% for complete overall body movement. My knees, hips, and legs are the major problems of mobility and equilibrium...I'm doing better but have a long way to go...
For now, I have decided to try to do basic reviews for multiple books on each post. I can do those at the end of each book and will not need to sit very long. Also, I will be able to get up after each book and move, doing other things... We'll see how it goes...
God Bless all of you who have expressed concern for my health...
Glenda

Some Books Have to be Written - If Only for Revenge... A. K. Kuykendall Writes Horror Story Based Upon Reality 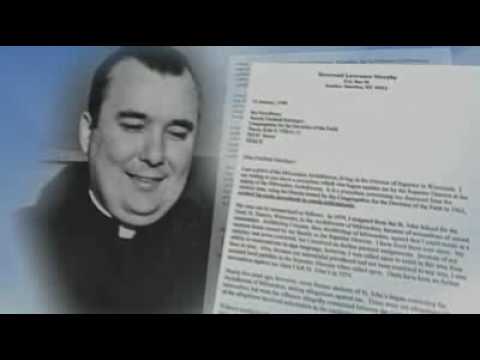