Deranged by Nora I. Jamiesoon Speaks Deeply to the Hearts and Souls of Women... 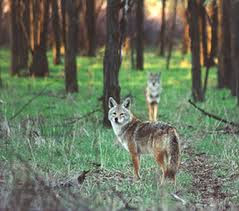 Anna is descended from an embittered female lineage. Women who traveled across oceans in a ruthless migration, running from poverty, leaving the land they loved and called home, leaving families never to see them again. Women descended from those accused and damned as witches, tortured and burned, witnessed by their daughters who would one day have daughters of their own. To whom they would impart fear and repression and self-hatred along with mother's mile, Mothers who would be confused by feelings of love and hatred for their children and wonder at the now invisible root of such evil. A poisonous brew erased from memory, simmered and reduced in a burnt ask of compressed hatred, igniting and flaming out of control. And existing alongside love.

Her ancestors, women torn. Better to forget. Better to burn the pictures.

Anna winces, suspecting that her passionate love for the past, her need for family, for roots, was the match to her mother's bitter harvest, illuminating a life too painful to rekindle...

...She stalks out of the woods, her finger jabbing the air, and yelling aloud to the surrounding trees, "If forgiveness is part of redemption, I am doomed...
~~~

Deranged
By Nora I. Jamieson

Many years ago, as I was establishing myself as an independent career woman,I purchased the book, Women Who Run With the Wolves... I had started it but never finished. My older sister saw the book and criticized, "You'd better watch what type of books you are reading..."

At that time I was still intimidated by family, by elders. I've since learned that each of us must become true to our own
self--whatever that might turn out to be...

Nora Jamieson has written a spiritual book as well. It's title is even more intriguing to me--Deranged... While we rarely hear that word actually used, most of us would say it means the same as crazy, mad, insane...

But does it? During the entire book, whenever, a woman asked herself whether she was deranged, I paused, wondering what she was really thinking. So I looked it up and found another definition...


to upset the arrangement, order, or operation of; unsettle; disorder

For me, this was a much more far-reaching definition that hit home...Women's lives are often upset, unsettled, become disordered...Right? Would you agree?

The three women whose lives are explored in this book may be familiar to some readers. To others, it will be totally...weird... There are several similarities...they have an affinity for animals that surround where they live...there is also some type of background story about an ancestor that is now important to the individual.

Especially when each of them starts looking inward at their own thoughts, their lives and how they relate to others...

I have always been such a person and considered the phrase, "Know Thyself" as one of the key points to guide me in life. Do you think it important? In reading Deranged, readers will automatically be compelled to consider the words of the author, considering what they would do in each situation. I found myself attuned to the first woman's story, Reckoning. She finds herself in a supernatural situation where she has been left with the task by her now dead mother, to bury the urn of ashes of her father. But the earth rejects the urn. It is back on the surface the next morning, or, in the last situation, it is thrown at her back as she walks away and hits her!

She has become like coyote, sitting on the margins, the hedgerows, waiting and watching before moving. And then quick, quick, out and back again. Not giving up on life, but not quite putting herself at the center either, lest it be a trap, poisoned meat...

Anna at 60 is trying to figure out what had happened in her parents' life that leaves her, now, struggling to bury her father. She was unable to forgive her mother who had destroyed all the family pictures, leaving her with an emptiness she wonders if she can fill. But then finds a picture of her mother's husband in the urn...when he was young, with her alone...before the children...Why were ancestors deleted from their lives?

And then the story of the coyote who is poisoned...She finds one of her goats killed next. Was it in retaliation? Do the coyote mourn their dead? She knew she loved her goats and felt the loss of her own. Did even coyote feel the love and loss of their own as well?

There is a mystic quality of both the writing and the stories being told. Each presents a different woman, a different longing for what their life is supposed to mean. The last one, The Taxidermist's Daughter is deep and disturbing, although it is not surprising. When Louise was born, her father wanted a son and her mother allowed Louise to be called Lou and be taught as if he were the son that would carry on the family business--to become a taxidermist...

When, on her birthday, her father presented her with a new knife, but accidentally called her Louise, it was the beginning... Lou had died but what happened to Louise? She started by forgiving her mother...

Only later to be saved by a Raven...

Each of the women's stories is so unique and revelatory, that readers will think that each of the characters are different people, drawn from the experiences of those known by the author. And, they might have first come to thought in some way like that since the author is a counselor. But is the mysticism and magic totally fantasy? Or is there really some connection to our ancestors, to the animals around us, to the past and what it was meant to teach us, that we have lost in today's society?

The Looking Back Woman helps us ponder that question... 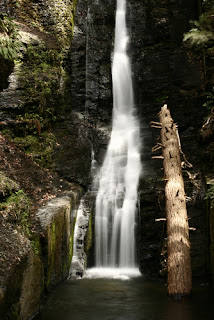 My name is Sophie Carson and I am a looking back woman. I live in Santic Gap in the place of the long river, the place where there is a breach of the north-south ledge below the moving water. The place where the water suddenly drops sixty feet, foaming, carrying the force of its descent downstream. It is the place just before change, when the old is done and new is coming...

If we vanish from our dead, how will they find us? If we live entirely with a mind pointed toward progress, how will the people, the land that knows us, claim us? I see that more clearly than ever now. All my life I've wanted to be known. It has taken different misguided shapes through the years but it is all rooted back to a deep and primal longing to be possessed by and to belong to land, to clan, to the wild. Yet we live in a time and in a world to which we do not belong, a world that is so far flung from itself that it seems even Isis cannot collect the dismembered pieces. I have stayed at the Gap, going round and round trying to make of my body a portal through which my dead can enter and lay claim to me. And the future, too. I am perhaps a living smoke signal, or a light flashed on a mirror. Sometimes I ask, What is the point? My heart answers, It is what's been given you.

Some things are worth standing by and if we don't find that thing in our lives, that thing given to us to stand by no matter what, no matter the fashion, the trends, we will be lost. And that is hell. Which is what we're in. A hell of our own making, at whose center we stand...

It used to be true for all my bloods that the old women were the backbone of the community, the way mountains are the backbone of the land. As long as that was true, things would go well enough. Promises kept, rituals enacted, memory fed. But now the young and untested are held forth as hope and the way, a flimsy proportion to my mind. Now it's the ones who scale the mountain, who change the course of the river, who prevail--no longer the mountain , no longer the river, those beings of beauty and power.

As you can imagine, I refuse.


There is reference to Native American Tribes and to the time when women were burned as witches, but there really isn't, in my opinion, a definite source of the spiritual guidance in this book. But if you take it as a whole, you will definitely see the connection between humans, animals...all sorts of nature... Have we grown so far away from what we learned as our ancestors lived and taught us. Have we missed something by getting caught up in the hustle-bustle world we now live in. What I can tell you is that whether or not you find new answers for yourself or not, you will, I believe, experience a type of rejuvenation, a period of time for yourself, in thinking of yourself, your life and how you feel about that life. It's a compelling read and I highly recommend you check it out for your consideration!

Nora L. Jamieson lives in northwestern Connecticut where she writes, counsels women, and unsuccessfully tracks coyote. She lives with her spouse, Allan G. Johnson, their soulful dog, Roxie, and the sorrowful and joyful memory of four beloved goats and three dogs. Visit her website at www.norajamieson.com