Take Her Breath Away, A Romantic Suspense by Kathryn J. Bain 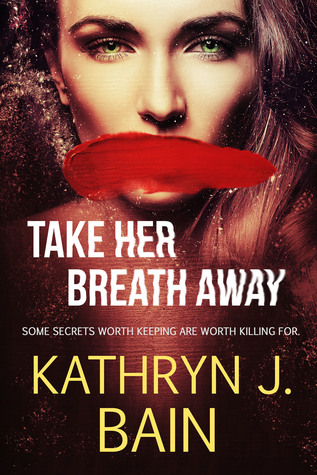 Her phone rang before Morai could answer. Rayleene held up a finger, indicating she'd be with her in a moment. She'd been tempted not to answer when Howard's name came up on caller I.D. Probably wanting to let her know more of Ty's wonderful qualities.
She didn't need someone to spout his traits. They'd been married long enough for her to know them. But he was also the only one who could tear her heart out the way he had. She glanced at Morai. Some choice. She finally slid her finger across the phone.
"Hello, Howard."
"Rayleene, Ty's been shot." A tremor of excitement came through the phone line.
Her stomach bounced into her throat. It'd only been a couple of weeks since he moved out, but being apart did little to destroy the love she still had for him. "Is he going to be all right?"

"He's on his way to Atlanta Medical Center. I've called his brothers, but his parents are out of the country."
"On their anniversary trip to Europe." Rayleene barely realized she'd said the words. Her mind focused on the fact that Ty was being taken to Atlanta Medical Center, one of the city's best trauma facilities.
"I suggest you come in case documents need to be signed." Howard paused. "You're still his next of kin."
"All right." Her pulse raced. Next of kin. The words sounded ominous.
She sat staring at the phone once Howard hung up. No matter what happened between her and Ty, she never wanted this. All her old concerns climbed to the surface. The one thing she always worried about during her marriage. Ty getting hurt.
"What's wrong?"
She startled at her grandmother's voice. "Ty's been taken to the hospital." She gulped down the words. "He's been shot."
"So?" Morai folded her arms in front of her chest. "He's worth more dead than alive to you anyway."
"Morai!" Rayleene jumped up, sending the chair rolling backward." How can you say that about Ty? About anyone?"
"Don't tell me you're going to rush to his bedside?" Disdain came over Morai's face.
"I have no choice. I'm his Health Care Surrogate and need to be there." Rayleene's voice lowered, "In case."
"He'll only hurt you again. Once a cheater always a cheater."
~~~

Bain has created a  remarkable blend of Christian life within an exciting, breathtaking suspense novel that continues to provide surprises through to the end! If you enjoy romantic suspense, do check this one out!

Ty Davenport, as an undercover DEA investigator, arrived home one morning and immediately confessed to his wife Rayleene, that he's just been with a women, having a one-night stand. While he was contrite, unhappy with himself, and begging for forgiveness, Rayleene wasn't hearing anything other than what he had done... She became so upset that she asked him to leave. Ty had thought he'd better, at least until he could work things out with her...but it had been weeks now.

What wasn't helping was that Rayleene's grandmother had lost her husband to another woman, and Morai's was constantly advising her to stay away from Ty, especially when Rayleene had shared another secret that had hurt Rayleene deeply.

As they investigated the shooting that had taken place during a supposed drug deal, it was discovered that Ty had been shot by somebody who'd been on the roof of a nearby building--it appeared to be a professional hire as opposed to part of the drug bust....

Ty had been working on a major research report correlating drug activity cases across a period of time...It had begun to appear that there might be a leak in the office and Ty was doing everything possible to narrow down suspects. Some of the supposed drug cases were even found to be talcum powder while others cases were being thrown out left and right. 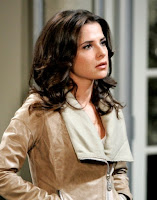 In the meantime, Rayleene was staying day and night in the hospital, willingly helping Ty as she was able...At least until Savannah, the woman Ty had been with, came to visit him in the hospital!

"Oh, Ty. I just heard." Savannah Olsen rushed inside and flung herself down on top of Ty, causing him to wince from the pain. "Are you all right? Why didn't anyone call me?"
Her brown hair covered Ty's face. He pushed her off of his shoulder. "I'm fine."
Rayleene's posture went rigid.
""We didn't call you because it's none of your business," Sheryl crossed her arms over her chest. Her lips a straight line. "I suggest you leave."
Savannah glanced at everyone in the room, restng her wide-eyed stare on Rayleene. "I can't leave when the man I love has been shot."
Rayleen's glare should've ripped Savannah in two, but the girl could receive as well as she gave.
"Go, Savannah," he barked.
"I didn't know she'd be here." Her voice feigned innocence. "You didn't say anything when you called me."
Rayleene lifted her chin. Her gaze pinned him, demanding an honest answer.
"I didn't make any call. Stop making trouble for me and my wife." Ty shoved a finger toward her. "Now get out of here."
"I wanted to see you." Tears welled in Savannah's blue eyes. "Is that such a bad thing/"
Rayleene marched around Savannah and stormed out the door...
"I didn't meant to start trouble." Savannah stuck her bottom lip out into a pout.
"Sus you did. That's all you've done the past couple of weeks." It took all his power not to bounce up and shake the stuffing out of her. "I don't know what your game is, he said to her. "But it ends. Now."
~~~

Savannah had been stalking Ty and calling Rayleene and being a total nuisance since Ty had quickly got up from her bed and hurried home... But his unexpected visit to the hospital wasn't the last time she was to cause trouble!

Nor was she the only one that was doing the stalking... One man had been watching Rayleene and finally caught her after she had been dropped off after having lunch with her grandmother! The thug was threatening Rayleene with a knife with Morai, apparently having sensed something, returned just in time to save Rayleene...

Rayleene had agreed to accompany Ty to a location where they had other friends living to recuperate. It was Sunday and his wife talked him in to heading to church... "Ty's skin crawled as if every eye in the place landed on him when he walked into the sanctuary of the Lincolnville Church...
The music began and everyone stood. A whiff of Rayleene's perfume drifted over to him.
Everything about her these days drove him crazy. And the kiss yesterday still remained on his mind...
Matthew preached on Luke 8:17, There is nothing hidden that won't be revealed, and there is nothing secret that won't become known and come to light. No words were truer in Ty's life right now. The guilt of his one-night stand had built to the point of exploding like a volcano filled with lava before he got a chance to see Rayleene and tell her about his mistake.
He recalled Rayleene's reaction. The look of pain in her eyes before she turned her back on him, and then days of arguing before she told him to get out. Thankfully his nightmare appeared to be ending. He gave her a sideways smile while singing.
~~~
...

The revelations that begin to appear...and the dead bodies that kept being found was proof that it may have to get worse before it could be better, especially if they couldn't figure out who was leaking information to the drug dealers...But with threats to the lives of both Ty and Rayleene getting closer, readers will become more lost in the edgy suspense as some really great scenes take the lead, only to move forward to another surprise or problem...

Really a great story and well worth a high recommendation if this sounds like something you'd enjoy! 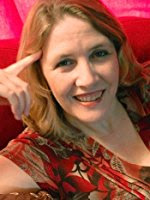 The following is some info on my published books:INSPIRATIONAL FICTION:My mystery novel, "Breathless," the first in the Lincolnville Mystery Series, is an inspirational romantic suspense/mystery which won the 2010 Royal Palm Literary Award for Inspirational Fiction."Catch Your Breath", the second Lincolnville Mystery, is an inspirational romantic suspense/mystery book. It is also a finalist in the 2013 Heart of Excellence Contest for Inspirational Fiction. "Beautiful Imperfection", an inspirational romantic suspense dealing with murder and breast cancer is set to be released September 29, 2013. This book not only one first place for best cover in the 2013 "Show Me the Cover Contest", but came in 2nd in the Heart of Excellence Contest for Inspirational Fiction.HUMOROUS FICTION:"Game of Hearts", a romantic humorous novella set in a fictional town in south Georgia."Knight & Day", a humorous mystery set in Jacksonville, Florida. SHORT FICTION:"The Visitor" is my first self-published book. It wasn't as hard to do as I thought it would be.OTHER:I am also the former President of Florida Sisters in Crime. Currently, I am the Public Relations Director for Ancient City Romance Authors. During the day, I work as a paralegal for an attorney who specializes in guardianships, probate, and estate planning. I grew up in Coeur d'Alene, Idaho. In 1981, I moved to Boise, but it apparently wasn't far enough south, because two years later I headed to Jacksonville, Florida and have lived in the sunshine ever since.
Posted by Glenda A Bixler Reviews at 5:19:00 PM