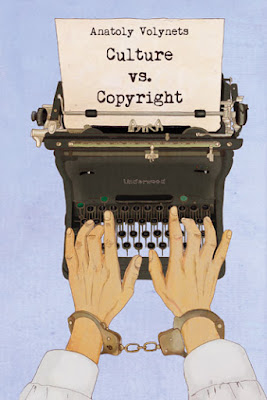 Permission is hereby granted to anyone to use, copy, redistribute, or create derivative works from all the materials on the site and the site design and its elements for any purpose, as long as proper attribution in reasonable form is given to respective authors, clearly stated that all the materials are used under Authoright license, and functional link to this site and respective material on it provided.

The full text of Authoright License located at Dialogue of Cultures

Once again, Authoright license have been developed with the idea in mind to ideally fit it to the nature of culture. This goal is stated in the license itself.

author(s). An individual or a group of named individuals who have created a work. Beside direct creator of a work, these may include: translator, restorer, compiler, and so forth.
civilization. The realm of physical industries and products, social structures, and socially determined relationships.
cultural phenomena. All ideas, methods, theories, genres, literary personages, and other creations of the free human spirit, fixed in form in any medium, including mere oral statement.
culture. The realm of creativity and free communication. In other words, the realm of inner and outer dialogue and thus the realm of ultimate freedom. Different areas of culture are: arts, sciences, philosophy, engineering, religion, and so forth. Culture develops in works of art, philosophy, sciences, and so forth.
public use of a work. Publication, performance, production, dissemination, sale and so forth.
source. A citable medium. A publication, for example, is a source.
sponsor. Any entity providing incentives for an author and/or for a work.
work. The most important cultural phenomenon. In a work of art, philosophy, science, etc. other cultural phenomena are developed and refined. Thus, the cultural phenomena become part of the common treasury of a society. The works we are talking about are: books, paintings, sculptures, story boards, musical pieces, blueprints, models, programs, movies, Web sites, etc.

Authoright license’s intention is to build a legal framework that implements ideal social relations to provide cultural development and utilize its fruition.

A Few Clarifications on the License’s Basic Ideas

It has taken thousands of years to achieve the commonly accepted understanding that human being cannot be in private possession. A cultural phenomenon by its nature is much closer to human being than to a physical thing. For example, a hero of a book is an acting person for many people and influences them in a greater degree than physically alive ones. Therefore, law to govern culture has to be based on the laws to govern direct relations between people rather than ones to govern real estate.

It has taken thousands of years to achieve the commonly accepted understanding that real property acquired through labor and trade cannot be taken from the owner at someone else’s will. This principle is defining any law development regarding real property, regardless of countless details and nuances in possession and usage of it. Likewise, law regarding “possession and usage” of cultural phenomena must be based on one fundamental principle in accordance with the nature of the culture, regardless of countless details and nuances in creation and existence of cultural phenomena.

No commonly accepted understanding on proper social relations within culture has been achieved so far. Laws to govern culture are built on some kind of compromise between those to govern private property and something else, which has never been clearly stated. What is this “something”? This question has never been discussed publicly. The question must be asked and answered, and the answer must be one principle based on the nature of culture itself.

Few Discrepancies between Culture and Civilization

When it comes to culture, all imaginable relationships within it work in the opposite way to compare with relationships seemed to be their counterparts in civilization.

Essentially, a work of art is a message to everyone. This is its very nature and driving force. You write (say, paint, sing, etc.) to be read (heard, watched, etc.) and responded to. Even when it is done for some superficial reason such as for money, in fear of punishment, or reaching for fame, this may only work on the surface. Under the surface, creating is free communication, an unrestricted sharing of ideas. But a message is not lost when it goes out. It becomes more powerful and valuable if it is heard. When you share your idea with someone or let someone copy your work, by the very nature of it, you are not losing it but developing the idea or make the work more known, and thus, you are becoming richer.
Moreover, an author even in his inner dialog, while creating, is as much a receiver as he is a contributor. Author and mankind are always on par, and no one owes anything to the other side.
That is why an author does not lose his work when it gets distributed.
In the world of physical things, it is opposite: if you let a thing go, you lose it, even if you trade it for something else. The trade can or cannot be profitable for either party, but regardless, it is action of different nature than sharing of an idea or copying an artwork.

Having said the above, we understand that a work of art gains value every time it meets an audience. No matter what all other circumstances are, the more it is “used,” the more valuable it becomes. In the world of physical things, it is the opposite―the more you use something the more it depreciates.

Humanity Versus Call of Nature

Ideally, Authoright should be based on a specific Authoright law, directly addressing the scope and features of the Authoright. However, there is no current proper law to base Authoright on. The closest by its subject, but not the only legal framework, is set by the copyright and patent law. Therefore, Authoright license can be based on and enforced within any existing law. Any law or contract, whichever singularly or in conjunction with, is suitable, may be used by the author(s) to support Authoright license for a work.

Due to the general idea to create a license ideally corresponding to the nature of culture, it is important to keep the license scope and features flexible in order to make it to fulfill its initial goal. Despite it, it can be changed in order to better suit its fundamental purpose; the Authoright License does not have separate and different versions.

The Authoright License is reflexive, i.e. it is released under Authoright based on whatever laws are suitable at the moment and place the Authoright is challenged. Specifically, this means that any license built upon one presented here has to clearly state this and make a reference to this text.

Authoright covers the use of any and all cultural phenomena.

Any cultural phenomenon may be freely used by any entity for any known or currently unknown purpose, creative, commercial, or noncommercial without limitations, permissions, control of any kind from any individual, organization, government or international agency, and so forth.

Any and all public uses of a cultural phenomenon require attribution, when applicable, to all of the following:

The right for attribution is perpetual, unalienable, nontransferable, and non-sharable in any way.

An author entitled to attribution may be an individual, or group of named individuals only. No other entity of any kind, such as a business of any kind and legal status, an agency, a union, a fund, family, public association , an organization of any kind could be considered and attributed as author.

Any derivative work based on a work under the Authoright License can only be licensed under Authoright. This does not apply to collections, where Authorighted work is included.

The full public text for the Authoright License is located at:
www.culturedialogue.org/drupal/en/authoright
Posted by Glenda A Bixler Reviews at 12:35:00 PM