Another Award-Nominated Novel From Weis--Diary..Excerpt! 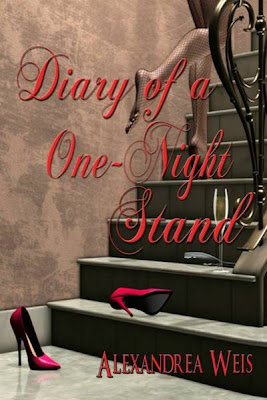 Check out My Review!


Diary of a One-Night Stand

is a PRG Reviewer's Choice 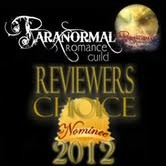 Kara walked across the gold and white lobby, clutching her black purse in her hands. She felt the nervous butterflies in her stomach begin to break into a frenzied swarm. Was this the right thing to do? But then she thought of the way he had looked when they first met, the way his gray eyes had hovered over her figure, and the touch of his skin as he had gently traced his fingers along her arm. She remembered the shape of his face and the hint of his muscular body beneath his fitted black silk suit.

Kara reached out for the elevator call button with a shaky hand. “Jesus, get a grip,” she whispered.

As she stood waiting for the elevator to return to the first floor, a family of four came up beside her. She smiled over to the parents, who were dressed casually in jeans and T-shirts. In their arms were shopping bags filled with tokens of their visit to the Big Easy. Running about their feet were two small girls, no older than eight, Kara surmised. The children were dressed in matching dark blue overalls and white T-shirts. She watched them playfully chasing each other as they waited for the elevator to arrive.

“Hey, you two behave,” the woman scolded, and then she turned her lovely brown eyes to Kara. “Sorry. They’re all hyped up on beignets.” She gave Kara a weary smile. “Between that and all the pralines they have eaten today, I’ll never get them to bed.”

“Be thankful you just missed Mardi Gras. My daughter gets so wired on king cakes, I can’t ever get her down from the sugar high.”

“Oh, are you from here?” the woman asked.

“We hear it is one hell of a time in this town during Mardi Gras,” the man beside her said as he patted his protruding paunch. “My wife and I would love to get back here without the kids to take in some of the fun.”

“It’s something everyone should experience at least once in their lives,” Kara told him.

The elevator doors opened and the children immediately ran inside the elevator car. Their mother followed behind them, reprimanding their exuberance. The woman’s husband, who was struggling to hold on to the family’s shopping bags, waved Kara in next and then followed behind her.

Once the woman had grabbed ahold of her two girls, she turned once again to Kara. “How old is your daughter?”

Kara reached over and hit a button on the console. “Ten,” she replied. “And getting to that age where she is trying to grow up faster than she should.”

“I can’t wait for that,” the man said, rolling his eyes as he came alongside of his wife.

“Oh, yes you can,” his wife refuted as she reached over and hit the number two on the console next to her. “When they’re sixteen and wanting to go on dates with boys, you will be sitting at the kitchen table having a heart attack.”

Her husband chuckled as he looked over at Kara. “That’s what shotguns and shovels are for, darling.”

All three adults chuckled with laughter as the two girls continued to try and pull at each other’s long dark braids.

A few moments of awkward silence passed, and Kara observed the girls as she tried to occupy her thoughts. Both girls had their mother’s smooth white skin and heart-shaped face. She smiled as she thought of her daughter back at home, struggling with her math homework.

The elevator doors opened and the girls immediately bolted down the hotel corridor. Their mother gave Kara one last fleeting glance and took off after her children.

“Good luck,” Kara commented as she watched their weary father slowly make his way from the elevator car, his arms loaded down with shopping bags.

Relieved to finally be alone in the elevator, Kara’s thoughts began to stray from the exuberant family she had met to the man waiting for her on the fifth floor. She reflected back to their first meeting.

“I’m not talking about a quiet dinner and some hand holding,” he had said to her as he put her business card in his jacket pocket the night of the fundraiser.

“I’m not looking for any hand holding, Scott.”

“How refreshing,” he had whispered, right before he leaned forward and let his lips graze her cheek.

The feel of his lips against her skin still burned.

The opening of the elevator doors snapped Kara back to the present. She gazed down the corridor decorated with pale yellow carpeting and portraits of old New Orleans on the walls. She then placed her hand against her stomach and swallowed hard.

“I can’t believe I’m doing this,” she mumbled.

She stepped from the elevator car and slowly made her way down the hall, anxiously eyeing the room numbers on the doors as she went. As the numbers climbed closer to the one she was searching for, Kara felt her heart begin to race. His voice popped into her head as she remembered when they had made arrangements to meet.

“I have made reservations at the St. Charles Hotel for Tuesday night,” he had said to her over the phone a few days before. “Don’t disappoint me, Kara.”

“And what makes you think I will join you at the hotel, Scott?”

“Because I know what I saw in your eyes at the party. I know what I felt from you. We’re both adults, so let’s not pretend this is something other than lust. I don’t want to wine you and dine you into bed, and I don’t think you want that from me either. There’s nothing wrong with wanting me, Kara. I believe sex between two people can be a lot more fulfilling when they don’t try to make it out to be something other than what it is.”

“How predictable to hear such words from a man,” she had said into her cell phone.
Scott had laughed on the other end of the line. “Being male has got nothing to do with this. Admit it. You’re thinking the same way, Kara. I’ll see you Tuesday night.”
Kara shook her head, dismissing her memories as she made her way down the hotel corridor. This was a mistake, she reasoned. But just when Kara was about to turn around and head back home, she found herself standing in front of suite 5659.
Her heart was pounding in her throat as she stared at the black numbers on the door.     Kara raised her hand and held it just in front of the door for several seconds before finally knocking. She took a deep breath and closed her eyes, fighting back the panic swirling around inside of her gut.
“You’re here,” a deep voice said in front of her.

Kara opened her eyes and beheld Scott Ellsworth’s handsome face. He was wearing a long-sleeved white shirt and a pair of gray slacks. His dark, wavy hair looked a bit disheveled, as if he too had been anxiously weighing the pros and cons of their meeting. His deep-set gray eyes gazed up and down her slim figure.

“I wasn’t sure you would come,” he admitted as he stood back from the door.

“I told you on the phone I would be here.”

Kara walked into the suite and took in the finely decorated living area. To her right she spied a gold sofa, coffee table, and two matching gold and mahogany chairs. Beyond the living room, there was a small bar with a sink and mini refrigerator. Placed atop the bar were two crystal flutes, with a silver ice bucket sitting between them. In the bucket was an open bottle of Veuve Clicquot La Grande Dame.

She turned back to Scott. “Champagne?” She raised one blond eyebrow. “That’s rather cheesy, don’t you think?”

Scott closed the door. “I figured it would help get you in the mood.”

Kara tossed her black purse onto the couch. “In the mood?” Kara arched one eyebrow as she walked up to him. “That’s what foreplay is for, isn’t it?”

Scott put his arm about her slim waist. “So, am I to skip all of my well-planned seduction material and just get right to it then? That’s rather a lot of pressure to put on a man, Kara.”

Kara gracefully ran her hands up his white shirt. “I thought you were the kind of man who worked better under pressure.”