Image via Wikipedia
For Lovers of the Hardboiled Crime Story,
Life Began with the Black Bird


Recently I sat in a dark auditorium to watch a screening of “The Maltese Falcon” for what must have been the 100th time. Most of the others in the audience were college students, and within minutes they began to titter. By the third scene, the titters turned into belly laughs.

The dialogue was so clichéd and the characters were such stereotypes: the cynical detective who works both sides of the law, his spunky and fiercely loyal secretary, the trench coat-draped gunman who talks out of the side of his mouth, the femme fatale who manipulates men with the promise of sex.

The youthful audience reacted as if they were watching a parody—the sort of thing Mel Brooks might make today if he decided to lampoon noir the way he did westerns in “Blazing Saddles.” 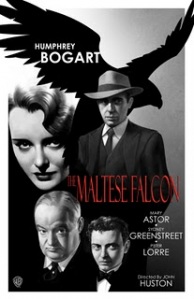 Even to me, John Huston’s masterpiece and the Dashiell Hammett novel it was based on seem vaguely antique now. But to those who saw the movie when it was released in 1941, every line of dialogue was a revelation.

Sam Spade, Effie Perine, Wilmer, and Brigid O’Shaugnessy are archetypes today, but Hammett and Huston were the artists who first gave them breath. “The Maltese Falcon”–both the movie and the novel—were works of astounding originality.

The story of Sam Spade’s tussle with a gang of cutthroats hell-bent on finding a jewel-encrusted black bird first appeared 80 years ago as a five-part serial in the pulp magazine “Black Mask.” A few weeks later it was published between hard covers, and American pop culture would never be the same again.

Before the black bird, there were two kinds of crime stories.

Most were puzzle mysteries in which murders were committed in libraries or drawing rooms and then solved by clever detectives who unmasked the guilty through improbable deductive reasoning.

Such stories, which continue to be written today, portray the world as a just and orderly place. When a crime intrudes, it creates an aura of menace and disorder. Then the detective solves it and restores the natural order of things. These stories reflect a Victorian world view, one of faith in progress and human decency.

After that faith was shattered by the carnage of World War I, a new kind of crime story emerged. In it, Raymond Chandler would later write, the world was a madhouse that had “created the machinery for its own destruction, and was learning to use it with all the moronic delight of a gangster trying out his first machine gun. The law was something to be manipulated for power and profit. The streets were dark with something more than night.”

At first these stories, mostly sordid and poorly written, appeared in five-cent pulp magazines that men read in bars and barbershops and hid from their wives and children.

The pulps gave Hammett and Chandler their start; but with their mastery of style and storytelling, they soon lifted this new kind of crime story from the five-cent magazines and transformed it into literature.

Hammett was the first to do so; “The Maltese Falcon” appeared nine years before Chandler’s “The Big Sleep.” 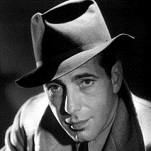 Hammett’s yarn is hard-boiled even by today’s standards. The narrative is spare and unsentimental. The dialogue is pitch-perfect and heavy on the vernacular. Hammett’s familiarity with San Francisco, where the story is set, infused the story with realism, as did his past life as a newsboy, stevedore, and Pinkerton detective.

But the character of Sam Spade is Hammett’s crowning achievement, defining the American ideal of the private detective for all time.

In his preface to the 1934 edition of “The Maltese Falcon,” Hammett described Spade this way: “He is what most of the detectives I worked with would liked to have been and what quite a few of them, in their cockier moments, thought they approached … a hard and shifty fellow, able to take care of himself in any situation, able to get the best of anybody he comes in contact with.”

Self-confident to the point of arrogance and wisecracking in the face of danger, Spade defined the cool style that has been mimicked by scores of fictional detectives from Chandler’s Philip Marlowe to Robert B. Parker’s Spenser and by every oh-so-cool celebrity from Dean Martin to Will Smith.

Spade established the now-stereotypical private detective’s attitude toward authority. (“It’s a long while since I burst out crying because a policeman didn’t like me.”) And he introduced the detective-hero’s invulnerability to the wiles of women. (“You’re good. You’re very good. It’s chiefly in your eyes, I think, and that throb you get into your voice when you say things like, ‘Be generous, Mr. Spade.’”)

Through Spade, Hammett also defined the detective’s code of honor—a code those who followed, from John D. MacDonald’s Travis McGee to Walter Mosley’s Easy Rawlins, would need to maintain self-respect in a treacherous world. (“When a man’s partner is killed, he’s supposed to do something about it,” Spade said. “It doesn’t matter what you thought of him. He was your partner and you’re supposed to do something about it.”)

Humphrey Bogart’s screen portrayal embodied Hammett’s creation to perfection, and the dark and brooding look Huston gave his movie established the visual style for nearly every noir movie that followed.

Huston’s movie was a remake. Warner Bros. had already based two dreadful films on the book before Huston selected it for his debut as a director. It is said that Huston, when pressured for a script by the Warners, just had his secretary retype the novel.

The story could well be true because his movie is remarkably faithful to Hammett’s work. Each memorable line of dialogue was lifted directly from the novel.

The black bird’s influence on American pop culture is difficult to exaggerate. You can draw a line from Hammett straight through Chandler and Ross Macdonald to today’s masters of the hard-boiled genre—James Ellroy, Dennis Lehane, and so many more. And you can do the same from Huston’s movie through the noir films of the 1950s and 1960s to “Pulp Fiction” and TV crime dramas like “Justified.” 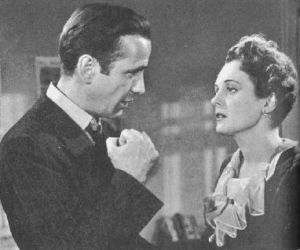 Huston’s movie career was brilliant and prolific, but Hammett wrote just five novels and a handful of short stories. He produced nothing in the last 20 years of life before dying of lung cancer in 1961.

Lillian Hellman, his longtime companion, shed no light on what went wrong. “He was a man who kept his work, and his plans for his work, in angry privacy,” she wrote in a 1965. “Even I would not have been answered if I had ever asked, and maybe because I never asked is why I was with him until the last day of his life.”

A few years ago, finding myself in San Francisco, I sought out the echoes of “The Maltese Falcon” that can still be found in the city’s landscape. I strolled down to Burritt Street and read the plaque that marks the spot where Brigid coldly gunned down Spade’s partner, Miles Archer. Then I dropped into John’s Grill at 63 Ellis Street, where Hammett sometimes dined, and toasted the creator of the black bird with a concoction the barkeeper prepares in his honor.