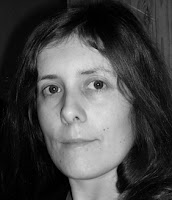 Note: This Interview took place over the last month, as I was reading a selection of Cheryl's micro-stories...