I love being a first reader for best-selling author, Lauren Carr...Months ago I had shared my opinion that I believed she had reached a plateau that placed her along side major authors of today... Her latest, I am thrilled to say, has reached another plateau! What a Happy Dance Event! This book can easily be considered for a fantastic television movie that would showcase both her wonderful story but also a crazy bunch of characters that both drives the story as well as all play important parts in the plot! Including animals and a super computer named Nigel...

Yes, I'm talking about The Geezer Squad! And I can only say that a primary chase scene, with all involved, left me breathless in the magnitude of complexity as well as sheer close, tight maneuvering of the players in working to capture the villains! 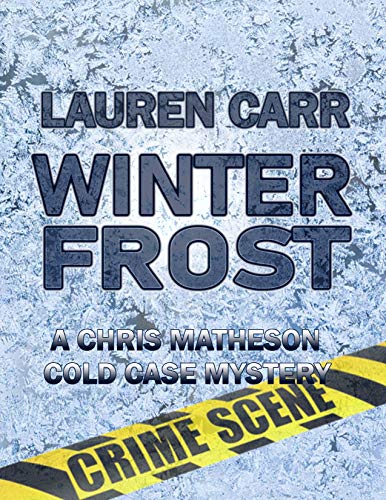 Keeping Sterling at his side, Chris and Bruce climbed the stairs to the bank’s main floor. With a quick glance, Chris saw that the woman in the jean jacket was still checking out the brochure case. He put his hand in his jacket pocket to make sure the envelope was still there before they proceeded across the lobby. Chris sensed the woman turning to follow them. Bruce switched his briefcase from one hand to the other to open the door for him and Sterling.
At the same time, Jacqui, dressed up in a suit, briefcase and all, swept in to grab the same door handle.
“Thank you very much for your time,” she said over her shoulder while colliding into Bruce. Both briefcases fell to the floor.
“Oh, I am so sorry! How clumsy of me,” Jacqui said loudly. “I really need to look where I’m going.”
“No problem, ma’am.” Bruce picked up his briefcase and handed it to her. “Have a nice day.”
Thanking them, Jacqui shot out the door. Bruce picked up the briefcase she had dropped, and they left the bank. The woman in the jacket rushed ahead of them to see Jacqui climb into the passenger seat of a dark blue Malibu sedan.
The tires squealed when Doris hit the gas pedal to speed out of the parking lot. Not far behind them, Murphy raced out of the lot on the black motorcycle. Gesturing wildly at the sedan, the woman jumped into the passenger seat of a black SUV and they took off in hot pursuit.
Burnett and his partner remained in their vehicle while watching the action. The roar of the motorcycle was still fresh in the air when Sterling jerked his leash out of Chris’s hand and galloped to where the woman in the fur coat was climbing into the back of the white limousine.
An enormous man in a chauffeur's suit held the door open for her and Tristan, who had Spencer on a leash. Barking and yapping joyously, the two dogs circled each other until their leashes became entangled. Tristan fought to part the two dogs.
“Can you please control your damn dog!” the woman called to Chris, who opened the door of his truck and whistled to the German shepherd from across the lot. “Sterling! Come!”
Sterling spun around and raced toward the truck. Several feet away, he launched himself to become air-born and landed in the passenger seat.
“That is no service dog!” the woman complained loudly. “Did he soil my dear princess?” she was asking Tristan when he joined her in the back seat.
The chauffeur slipped into the driver’s seat and started the engine. He turned left to head for the toll road leading to Washington.
In the truck, Chris noticed that Burnett and his partner remained in their vehicle—waiting for them to make their next move.
“Looks like Burnett is sticking with us,” he said into his ear com while turning on the truck. “Tristan, tell me you got it?” Murphy asked over the roar of the motorcycle.
“Got it,” Tristan said. “I’m going to upload the files to Nigel now.”
“They never look at the service dog.”
Bruce reached into the backseat to pat Sterling on the head. Chris was too focused on Burnett in the SUV across from them.
The two men’s eyes seemed to meet. “He can’t let you go,” Bruce said in a low voice. “You know too much.”
“Fasten your seat-belt, Bruce. We’re going for a ride.” Chris shifted the truck into drive.
~~~

I had to give you a taste of the beginning of the chase scene which goes on and on... By the time you get to what is the most climatic scene of the book, readers know all of the characters and watch as each plays a different part in this crucial, and potential, deadly climatic scene...

But let's not get ahead of the story just because I am so excited about the book, LOL...

Chris and his wife, Blair had separated--well, Blair took a job overseas and left the family to continue her career. None of the remaining family were happy, but had begun to make adjustments, when they learned that she had been killed... Since then, Chris became involved with an earlier love and they are all happily living, with Chris and the girls living with his mother on their farm...

But Blair had not been killed. She had been given a memory card that needed to make its way to Washington. It would not be easy since there were powerful individuals who were after that card...Blair had been given new identification and living off the grid for quite some time. Now she was back...

And accidentally was seen by Chris at Pentagon City. He immediately had flashbacks of what had occurred as Blair had decided to go to Switzerland. Even though he was waiting for his mother and friend, he urgently started after her. He spotted a man, obviously undercover to his eyes, and asked him about seeing a blond...but quickly left after no response...Chris was soon on the train platform and saw a man, holding her close, with a gun held against her body... they were headed for the next train...

Chris could see the man's face and knew him! He panicked because he was very well known as an international assassin! He had to get to Blair... Was he only to learn that Blair was still alive, to see her murdered? Chris was separated as the train moved into the station and the crowd moved to enter.

Blair had seen Chris but now there was nothing she could do. Chris moved into position and pulled out the small handgun from his ankle holster and fired into the air to get the crowd out of the way. Blair had been pulled into the train as the crowd panicked and, for the moment, was separated from the assassin.

Mancini's gun had been thrown away as the crowd jostled him, but he didn't need it anymore. Chris had shot him in the head; he was dead... He looked for Blair who was on the train, and she cried out "Chris, I wish we had more time."

Readers, I have just shared about the first chapter...only... If you are saying, wow! You are right! WOW! This book is sensational. Even in that first chapter, you will have learned about villains, and government officials, who will be involved throughout the book...

But nothing interests me more than having The Geezer Squad go into action. For those who haven't previously read their entry into this series, this is a group of retired professionals, from various agencies, who have formed a "book club." Yes, they meet to study true crime...which are actually cold or, in this case, recent crimes. They are amazing as they use their professional skills, expertise, and contacts, to move each case forward to completion...

And then there is Tristan and Nigel, Nigel is a powerful networked computer that Tristan built. Nigel has visited far more "friendly" computers than any hacker...by friendly I mean that he enters other machines so carefully they don't mind (or don't realize) having Nigel visit... But was he good enough to save Tristan when their home was bombed?

From the first chapter to the end, the excitement, the scares, the surprises...and the wonderful characters, simply blew my mind...This is Carr's absolute best, in my opinion. Her move into espionage, terrorism, which reaches all the way into Congress, with one man having enough money to have bought many individual's support... And is willing to kill when needed...

Carr's creativity to expand beyond where she has been before and this book proves her continued growth, in already being a best-seller author. It's amazing to have watched and read her from her very first book, to the one she has coming out next week! I couldn't wait to share how great it is!

I highly recommend you pre-order right now. Fans of Carr will be as delighted as I was... And, if you haven't read her books yet...let me just say she writes multi-genre books that include suspense, action, thrills...and a whole lot of humor, including cute as well as trained professional animals,  that somehow fit in as complementary character activities that just makes her books so much more special.

Obviously, she's a top favorite for me and this book has to be placed at the top of my personal favorites!


Search "Lauren Carr" on my Blog to read reviews of many of her previous books/series! Surely, you can't afford not to take a chance and read one of her books! I'll even do the happy dance again! LOL