Joe Helms Ponders Belief and Arrives at Poetic Message for All...


The Belief of Another

There is nothing like the belief of another
And most of all that of your mother
It really did not occur to me until she died
But now I perceive the other side
From childhood until adulthood,
my mother believed in me as no one else would
And in her death I realized the truth that must be understood
In this life one can suffer some pain
However if you look for the good in things
there is much to gain 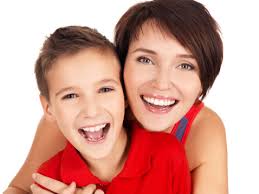 I understand I’m not the only one who experiences pain and loss
In this we are all the same we eventually pay that cost
You may ask how there could be good in the death of one’s mother?
Especially when you experience her love for it is like no other
Before you can understand the great truth that I came to know
There is another truth that I must sow
What is belief? Anyway do you know?
One’s belief is nothing more than repeated thought
Filled with feeling and that is how it is wrought
Why is this so important you may ask?
This is a process of life I will unmask
A person becomes that which one repeatedly thinks
Please don’t cast this truth off with a blink

And that purpose is to build up the belief that is in you
Until you arrive at the place where you believe in you too.
It is liken to the crank that turns your gear of belief
So that no one can steal your belief like a thief
Once your belief gets going on its own
You will find that your belief is now full grown
Why are your beliefs so important you may ask?
For you to know, another truth I must unmask
It is written that, according to your faith,
in other words your belief, it is done unto you,
Do you hear what I said? For this is so very, true.
For him whom has ears to hear, let him hear.
With emphasis I remind you so this truth does not disappear
You may ask, is this a law that truly works?
Yes 100% it is true but an enemy lurks
It is your negative thoughts/beliefs that are your problem
Learn to control your thoughts,
think only what you want and that would be awesome
To fully understand you must know how you were made
And that is the truth that now must be laid

In the beginning God truly said
Let us make man in our image and likeness,
and that’s how you were bred
Meditate on that and discover if there is a truth to be seen.
There is, but oh, what does it mean?
We must look at how God made the things  He created
It really is simple and it does not need translated
God said the word and the things were so
But what are words, that’s what you need to know.
Words are language but really are nothing but spoken thoughts
And now that you know we can connect some dots
He applied faith to His spoken word
Now faith is a substance of things hoped for, is not absurd
It is the very evidence of things not seen
He calls things that are not as though they are which is very keen
For that which is seen is only temporary

That which is unseen is eternal and extraordinary
Now faith is a knowing for the moment, for when you see the unseen
When you see your desire with your mind’s eye as though it was a screen
This is just the beginning but you have to know it is true
Honestly there is still more you must do.
Hold the image fast with your will and imagination, as clear as you can
Build the image with strong emotion, now that is the plan
See the image as if the thing already existed
For the thought is the beginning of the thing, if persisted
Play the image as if it were a movie.
Twice a day, when you arise and when you lay down, that would be groovy.
Day by day repeat this process and set it in motion
I can’t encourage you enough to build the image with the equaled emotion.

This is a process that can be used by your conscious mind
To impress upon the subconscious mind, until the image is entwined.
For once the subconscious mind has it, it is as good as done.
For the thing will begin to take on visible form and you’ll know you’ve won!
Keep your thoughts, words, emotions and actions aligned with your desire.
Now that is the key.
Persist in this and the truth you will see.

For we live in a world of belief, consciousness and thought.
And by your belief, you have gotten what you have wrought.
So if you don’t like what you have begotten
Remember these truths before they’re forgotten.
You already have the unlimited power within you
To accomplish whatever you wish to do.
For your desires, they come from Him.
How cruel would it be,
that He not also provide the means to accomplish them?
Just remember you are one with Him.
And because of that how could you not win?
You are part of Him and that is so.
And the part is like the whole, is the truth to know.
All that He is and all that He has, you already possess.
And that my friend is why you are called blessed.
So the belief of another is important to know.
So parents believe in your children. This is the truth I now sow 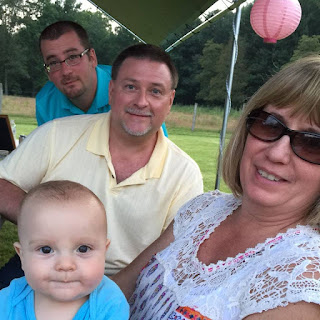 
Hi Everybody! Had a God Incident today when Joe came to the cabin to repair my computer, which died several days ago! Soon found out he's a poet and working on his first poetry book as well as another book on spirituality...

This is my first time responding to his poetic words...so I hope I provided complementary music linking to his work...Let us know what you think!

Glenda
Posted by Glenda A Bixler Reviews at 6:13:00 PM

Email ThisBlogThis!Share to TwitterShare to FacebookShare to Pinterest
Labels: beliefs, Joe Helms, poetry, The Belief of Another