Second Book in The David Chronicles Provides Literary Novel on David and Bathsheba! 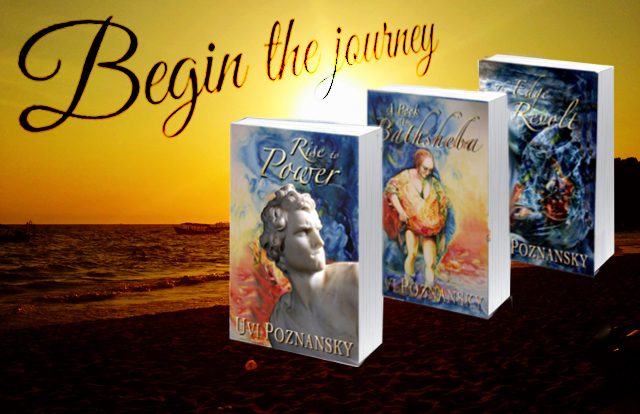 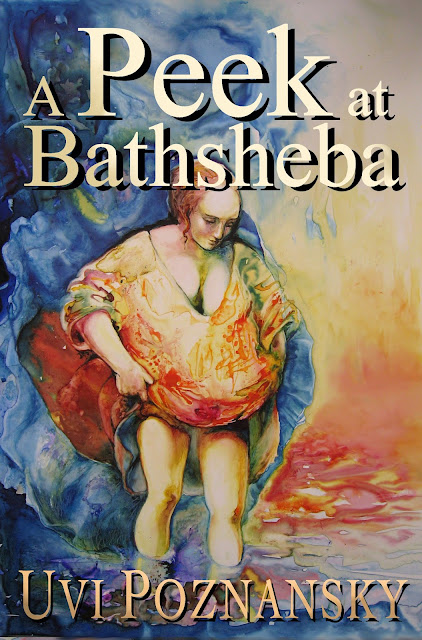 When you read a memoir created by somebody else other than the author, you are bound to question the accuracy of that tale. Indeed, many readers may know the story of David and Bathsheba, through their reading of religious books, including the Bible and even those books that are written in the original book, written in Hebrew. The latter was read by the author and as she read through years since he was younger, she became intrigued by David...Her enthusiastic research and subsequent publishing of books centered on David are not only amazing but a significant contribution to the literary historical genre...

Though I knew much about David from my own reading and through sermons, I realized that for the most part, the story of Bathsheba is usually not taught, and especially not discussed. It therefore occurred to me, who early in life, found the King James Version a "bit much" for expecting all people to understand and learn what we were supposedly to learn from the Book.

Reading this trilogy in contemporary English, therefore, has been a delight as not only does it cover basic Bible information, but successfully surrounds that basic story with an elaborate setting, dialogue and characters beyond those you may know, and more importantly, as the author decided to do, to show that what was written may be directly applicable to each of us living today...

Here's the thing though, reading these books in contemporary English, allows you to see the good, the bad, and the ugly, of the lives of those who now reside in various books, including the Bible. For instance, we see changes that have occurred culturally that would negate the use of the Bible as a role model...

Take for instance, David's love of women--having wives as well as concubines  historically found at that time. Somewhere along in history, well after the Bible was published, at least in America, it was decided that one man and one woman should be the basic religious home, directly contradicting the Bible...

But let's look deeper into David and Bathsheba, the two main characters in this book. As recently as this month, in talking about the books I was reading, I was told..."but Bathsheba seduced David..." It was very clear to me that this individual had either been taught, or had molded her opinion of the scripture to suit her thoughts about the type of man David must have been to be considered favored by God...

Yet, for me, the story, as written, made a significant point to me. No matter how much we want to follow God and his guidance, we still are human and fall prey to our own desires. David did desire Bathsheba...so much so, that he gave orders to ensure that Bathsheba's pregnancy was not known, and when that failed, ordered her husband's death...

Could God love us even in failing to follow His word? This story certainly supports that as truth. But what of Bathsheba? Was she guilty? Or was it David who did what it took to fulfill his own lust? And again, Bathsheba--was she able to forget that her lover had not only impregnated her, but then killed her husband to hide their guilt...

As a book reviewer, I realized a long time ago that, as a Christian, we should be able to read and learn from other books about the stories in the Bible and other holy books.  If our faith is not strong enough to question, as Thomas did, we should try to understand why that is...

This trilogy is not religious. The story has been translated from Hebrew into Contemporary English that flirts with the American language that many of us do not appreciate, but is certainly reflective of today. Poznansky's research and study of the material is written as if she was writing her own memoir. She knows the material inside and out and has gifted us with an exciting and realistic fictional representation of how David came to take a married woman and then arranged the murder of a woman who had grown to be, perhaps, the only woman he ever really loved... The book is fascinating, thought-provoking, and revelatory... It may be just the book you should read if you've ever questioned why this story is included in holy scriptures...

Highly recommended--and for some it may be a must-read...it was for me...

GABixlerReviews
Posted by Glenda A Bixler Reviews at 10:30:00 AM

Email ThisBlogThis!Share to TwitterShare to FacebookShare to Pinterest
Labels: A Peek at Bathsheba, Based on Original Story in Hebrew, literary fiction, The David Chronicles, Uvi Poznansky