You've Got To Read Poison Makers by Jimmy Olsen when he takes us to The Dominican Republic and Haiti in the 70s! 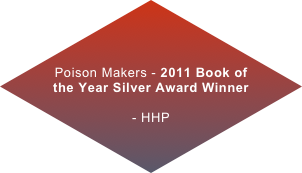 
I was going to stage a marathon of Olsen's books, but the first one I read this weekend, Poison Makers, I fell asleep reading last night and finished it first thing this morning! Couldn't wait to have you meet E.J. That's Sr. Espinoza-Jones that is, but by the time you've lived with him through the numerous near-death experiences, you'll think of him as a personal friend and easily call him E.J. In fact you might even call him an extraordinary hero... Wellll, part of the reason why I'm using those two words is because I can't tell you about all the things that got me so excited, else I'll be giving away too much...so maybe I'll throw in a few pics as hints! LOL

E.J, a mulatto whose mother came from Minnesota, is a scuba diving expert, but he also gets pulled into some investigations, although he's not a P.I., nor does he normally carry a gun. In fact, as I think about it, he must be a little bit crazy for doing some of the things he does! LOL... One minute I would be laughing and soon I'd be so scared for him that I literally had trouble breathing--especially when he was having the same trouble...

That happens when you are under water, hopefully swimming to save your life, being attacked by crabs, who, upon being knocked out, quickly became dinner, and breakfast, and lunch, and... That wasn't so bad to imagine eating raw crab but when he worried about getting dehydrated and decided to...

Ok, let's go back to the beginning...E. J. was hired by an individual who becomes an intermediary for others, Mr. Yancy, to find out what happened to the Ambassador of the U.S. to  the Dominican Republic. When he's got up that morning, he had watched as the Marines were placing him on the plane to be flown back home.

Mr. Yancy was quick to point out the many political issues that required much discretion, then gave him a packet of materials about voodoo and zombies and told him about travel arrangements for him to travel to Haiti and meet with the Ambassador's daughter.

Finding out who killed the Ambassador, if he indeed was murdered, made sense to E.J., but what was all this about voodoo and zombies? And why should he have to meet his daughter.So, of course, he went to his barber, to ask him what he knew about voodoo! Actually, the barber is an important character, so we do need to know what he said...
"Evil. Perverso."

Olivia Quist was not what E. J. had been expecting. She looked sophisticated, older, but verified that she was just 19. Even then, he couldn't help but feel the mutual attraction that seemed to be happening. But they had a job to do. Even though when they walked through the crowds and held hands, and there was a communion of sorts, E.J. knew he was playing with fire, especially since he was already involved and with a woman who was not to be forgotten so easily...

But Haiti gave him the creeps, especially after
they'd attended their first voodoo ceremony. But
that was just the beginning... Fortunately, E.J.
was a good friend of a local police officer and
they worked together on much of what was to be
done, so that the first death attempt by poison
had both of them taken to the hospital! That was calmly done by a couple who had worked in the Quist home--Dulce and Alejandro! A couple who clearly were out to kill E.J., and were nearly successful! The fascinating thing was that the entire island had been placed on alert, but this couple successfully followed them back to the States and then were back and still following. He later found out that they obviously had been given diplomatic passes, but that didn't explain why the police had not identified them as being wanted for attempted murder! 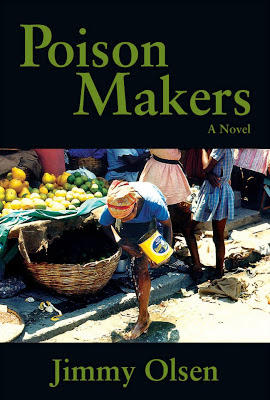 I wish I could tell you about the scene when E.J. walks into a restaurant nude and has lunch...

Or his maid having "curlers" in her hair during a party that were actually...

But, really, there is so much I want to tell you about this book that there is only one thing I can say--You've got to read it!

This author has a wonderful sense of humor tand slips these little scenes in between thrilling, breath-taking action scenes and what it does for readers is break the tension so much that you've just got to laugh out loud! LOL! Go ahead, I did often in this book, except when...the zombies were around...

And when they pounded the nails in E.J.'s coffin and I read what he was thinking, hearing the sounds and seeing the voodoo crowd standing above him through the cracks between boards...Well, that sure isn't a time to do anything but...
wait for the calvary!

Bottom line, aside from the humorous interludes, this is a fascinating novel that has so many colorfully drawn characters who will grab readers and keep their attention riveted...I'm looking forward to the next in this series! Hear that, Jimmy Olsen! Get writing! And I'm hoping that E.J. and his unforgettable lover become closer next time! Plan for a delightfully entertaining read with Poison Makers!

Do you know how Zombies are made? I do?  NOW!

Jimmy Olsen didn't start writing fiction until he was well past 40. In the tradition of American writers like Jack London and Louis L'Amour, Olsen spent much of his life seeking adventure. He began scuba diving in 1961 at age 13 and continues today.
A machine-gunner in Vietnam, after two tours he settled down awhile, married, started a family and graduated college with a BS in English. Still at college, he published his first national story in a diving magazine. A year later he moved his family to Santo Domingo in the Dominican Republic where he taught at a private American school and started the Republic's first professional diving school, Scuba Dominican, C por A. Hearing rumors of shipwrecks and gold, Olsen and a small group of adventurers discovered the site of the French Man-O-War Imperial and several other vessels.
After five years in the Caribbean, Olsen completed his MA at the University of Alabama and returned to writing, taking a job with a daily newspaper in Athens, Alabama for a year before becoming an editor back home in Minnesota. This lasted four years before the thirst for adventure overtook him again and he was back in the diving business, traveling to dive destinations from the Caribbean to the South Pacific. The snorkeling scene in Thing In Ditches comes directly from the author's own rich experiences.
Jimmy Olsen has written two additional novels, Scuba, due to be released next year and YR-71, a Vietnam seafaring adventure set near Da Nang. In addition, he's completed 20 short stories, some set in his native Minnesota and others from around the globe. Several of these have recently been sold and will soon be in print. Olsen continues to travel extensively, returning to the Dominican Republic to dive his old haunts only hours before Hurricane Georges. Equally at home at the keyboard of a computer or his ancient Royal, Olsen spends his writing days in a north woods setting without even the basic comforts such as running water or electricity and at his modern office in the city. He has three children, now grown, and lives with his wife in Minnesota.
Posted by Glenda A Bixler Reviews at 4:31:00 PM