Watching This Author/Musician As He Grows Better and Better! Jonathan Anthony Burkett AKA John Blake! Join Me!

"After leaving Victoria’s home, Claude and Kelly arrived at Paul and Nikki’s. Claude and Kelly greeted everyone as they walked through the front door. The effect Kelly had on Donald each time he saw her made him say to himself, You’d be a fool to let this one go.
"For the most part, the evening went smoothly. They ate and shared their funniest moments together as friends while a movie played in the background. Just when it seemed the night would end perfectly, however, Donald got up and told Claude there were some things he wanted to get off his chest.
"Smiling, Claude replied, “I’m listening.” “It’s with Kelly,” Donald said. Still smiling, Claude looked at Kelly and replied, “All right, go ahead and tell her.”
“I would like to talk to her in private,” Donald stated.
“No, I don’t feel comfortable with that. You should be able to express what you have to say to Kelly in front of everyone,” Claude told him. “Okay then. Kelly,”
~

“Okay then. Kelly,” Donald started, turning his attention to her, “no matter how long it takes, I’ll be right here waiting to show you how much you mean to me.”
Hurt by Donald’s words, Brittany quickly grabbed her belongings and walked out the door.
“Donald, that was so wrong of you,” Kelly said, then followed behind Brittany.
“Well, before any further damage is done, I think it’s time for us to go,” Claude stated calmly.
"Paul and Nikki sat in shock as they watched him leave...
~~~

I admit that I've gotten to personally like this writer more than I normally have a chance to...maybe it was his autobiography... My guess is, though, that when I first met him on line and said a few things about his first book, he was so interested and enthused to receive my thoughts that I kinda became a personal fan... Getting ready to put this review together showed me even more that this man is out there working to succeed and if you care about supporting new authors, I'm going to ask you to take a look at his work.

His autobiography was pure enjoyment to read, although it was not an easy story to accept. I still remember what happened to the little boy as he was... I also watched and talked with him about sharing his faith within a fiction book... Do you include sex? for instance... Burkett rewrote that first novel and although I didn't read it word for word, I did skim the latest and found that he had greatly improved that book, including the addition of drama and violence... It's reality in today's world, I know, but the level of violence in books is getting extreme... Burkett's books are balanced, however, as he struggles to share his faith and his values about love and friendship...

This latest novel was good, but there is still a strain to his writing. Especially writing the world of females. I applaud him at the same time as I admit that I have no idea whether his work reflects the lives of this generation... What I do know, however, was that there was much that could be deleted from the book, particularly the number and "daily" interaction between those people: conversations, texts, inclusions of meals... Although they happen, there is no need to include them unless something happens during those events that "move the story forward..." A "cut" of those parts would keep the reader moving faster into the complexity of the family drama itself...

“It's better to have a few faithful friends then numerous shallow friendships.” (Jonathan Anthony Burkett﻿) Using one of his own quotes seemed to apply in this story especially, as I saw several "shallow" friends start to talk to Kelly and Claud, the two friends who've now become lovers and are living together...
Do people really say these things to their supposed acquaintances about the man or woman you love? If so, why put these people in a position where they have to justify their relationships... It increased the drama, yes, but I found myself getting angry on behalf of both of them..."you don't need those types of friends..." LOL So, that means, of course, that Burkett drew me in with his followup to the first book...

Back to the violence, the men in Claud's life have short tempers which resulted in the total loss of his family! I would have liked to see more time given to Claud's inner thoughts during this period, or even perhaps through discussions with his friend and her mother. In fact, the incidents within the novel are aimed to reflect love and faith... This is good, but I think the reality is that none of us immediately reach that level. To really reflect the results of horrific accidents, death, etc., when they come means that we need to feel and see the internal anger, even at God. Could Claud's short temper bursts be because he holds in so much that anybody crossing him, who have no part in his life, are used to let go of some of that internal struggle? I look forward to future books that, hopefully, dwell on the internal emotions.

Claud in particular has been affected by remarks by a couple of new friends. Even while he's trying to respond to them, you can tell that what they've said has gotten him thinking...and acting...  I enjoyed that, in fact, because, all that lovey-dovey between them--does that really happen? LOL

Still, the author shares some great poetry in those situations... and nobody can deny this Dude is one romantic guy!

Though there are a few editorial issues, I was impressed by the issues that the author is addressing, including divorce, children of divorce, child abuse, career versus marriage, sex and so much more. Also, as of this point in the series, most of the characters and actions are within the families or extended families and friends which sets up the environment for dealing and discussing relationship issues that go bad within the family and how dealing with them affect so many different lives in different ways.

A lot of surprises from the past were finally revealed, including the discovery of a young boy, Claud's nephew, who they hadn't known about!

Like I said, earlier, I'm watching this young man as he works to find his role in writing, music, love and as a Christian.
His books are selling for less than a dollar right now. Do let the author know about your opinions if you read any of his work... He's has the talent...what will he choose to do with it for the future??? Highly recommended for family drama... 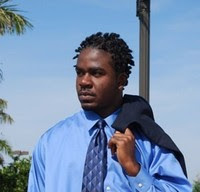 Jonathan Anthony Burkett was born in 1987. He is a bright writer inspired by many, as he continues to struggle in life. Devoted to achievement in his lifetime, he is willing to take any test. He told himself, that he would never give up no matter the trials and tribulations. He decided to write to help him move towards a bright future for himself; and because he knows that is what his Grandparents want for him.

Learning now that life is a challenge for many, with trials, tribulations, brutality, hatred, along with grief and manipulation. Jonathan is writing now to release his thoughts about life, after being motivated, inspired to prosper, encouraged to tolerate, uplifted, and empowered from his past.

“Father God strengthen my willpower, for I have made it through battles, but I know that the war is nowhere close to being over, for me. However, I plan on standing strong throughout it all, never giving up, and believing that I will live to see brighter nights and days” Jonathan prays.

His latest novel is “Friends 2 Lovers”, I and II are now available, a beautiful portrayal of how the strong bond of friendship and truly knowing someone can blossom into a lifetime of love……

Can a close friendship grow into something deeper – a loving relationship perhaps? In this compelling and emotive story that evokes a gamut of emotions and thoughts, author Jonathan Anthony Burkett portrays how it is possible for best friends to be more than “just friends”. Find out how Claude and Kelly end up from being Friends 2 Lovers as you follow them through their disappointing, confusing, loving, shocking, encouraging, and romantic moments. But can their bond last and withstand all the challenges that cross their way? Experience an overwhelming ebb and flow of emotions when you join them in their journey.
Posted by Glenda A Bixler Reviews at 8:00:00 AM