A Reblog During 2017 National Poetry Month...From One Man's Madness:Living With Aids by Joseph Michael Fortney... 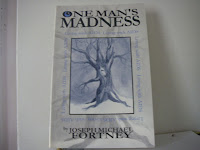 The following poem was written and used as the Foreword of Joe's Book, for which I did all the work to get his book published... It was a wonderful way to meet and know Joe for a short time and thinking about death over the last few weeks, made me think of one of my own poems written years ago... Excerpts from Joe's poems have been interspersed with mine...

You may remember that Tom Hanks played in Philadelphia many years ago, and I chose him to represent Joe...

Joe sat there, looking just a little bit pale,
watching my face, seeking an answering smile.
I looked closely and "saw" him coming down a hill;
It was when he was a teen but it seemed just a while.

This young man is dying, much younger than myself;
But his spirit rings aloud, he tries nothing to hide.
We didn't talk of death then, we left it on the shelf.
We talked as new friends about this and that,
the other would abide:

(HIV attacks the entire body; it lives within, The virus becomes a living thing; continuity consuming my body...)

I came upon a visitor who was quite unusual to stay the least.
He was charming his way into my soul.

So as he was learning my weaknesses, and strengths,
he began his journey into those places...
and settled in...for a lifetime.

But whose life...his or mine?

I told him how I came to call, about my urge to reach him.
He told me of his need for me, for what he did not know.
I told him chances of publishing a book were very, very slim.
But still, I knew, word after word, from his heart and mind did flow.

I awoke one morning
no longer being naive
and quickly became wiser.

For you see,
I was violated.

But I, too, had to understand,
Against all efforts to keep this from happening.
I was silently violated...without warning!

His inner life--thoughts, fears and pain, were placed upon those sheets.
I typed them all, delving in deeper and deeper, and then would go back again.
He told of a stranger, frozen, cold and feeding, who stole his body's heat.
I couldn't relate, yet knew how to help, checking his words with my pen.

...This silent killer's choice is to take...
no matter who or what...
So who has a choice?
or accepting the choices that have already been made.

Choice, how can you define it...
so I can understand it better?

He thanked his "Higher Power;" I asked, do you mean God?"
He shared a male preacher abused him when young,
after that, attending church had been hard.
Many who would hear of my work, would consider it to be strange or odd...
But I knew that his words, from his heart had been wrung, so I
neither stopped nor paused.

As I try to put into words how I am feeling today,
all I can come up with is PAIN, PAIN, PAIN...
I have been hurting more lately and, by rights,
this should have
driven a normal man to total madness...

We both knew and agreed, this book must be shared.
For whatever reason, we two had been paired.
God brings folks together, as part of His great plan.
In this case, a single, Christian woman,
and a homosexual man.

I feel at times like a candle...
Tall and strong, burning brightly in a window,
Letting others know where the life and warm awaits.

I, as well as the candle, know its fears
Just as a candle can grow dark against a strong wind,
so I do my best to stay strong
in hopes that "my" fear never comes...

AIDS is the stranger, killer of lives
Nobody is safe from it; everyone dies.
This young man named Joe fights daily to win
Though his legs now carries him, in a chair, one day, he'll be penned. 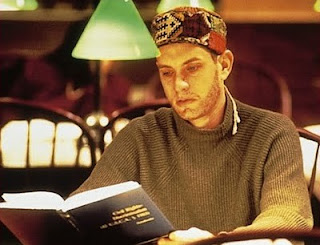 I feel a chill in my bones
and a smell in the air,
that I haven't smelled in a long time.

My energy is being tapped,
each day as I fight to keep strong.
But it's hard at times when the realities
of this world are cold and cruel...

But the fight and courage keeps him going and going;
How can we not fight, then along side of him?
And if, when needed, we must share God's great love,
For, sometimes, the fire inside the infected grows dim.

I feel like a mad man...with pen and paper in hand. Writing wilds, putting down all my thoughts no matter how crazy they may be.
So that in some way to let others know how a man's mind goes when living and facing all areas of reality and life being "positive."
My mind races faster than my hand can write because I feel there may not be enough time to tell you everything...then again "Nothing."
If you can understand this simple man's madness, then you are by far a better one that I.
The inner pain almost overrides the Joy I carry. But Love--the one true gift we all have--carries me through the rough times...

Then hug him tight; hold him, as Jesus would.
It's bound to be what God would have you do.
Remember, friend, right now there isn't a cure.
As with the lepers, from His love--take your cue. 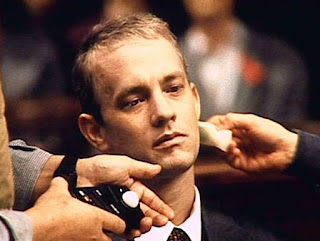 What does this mean?
Am I less than I was when I came into see what was wrong?...

Will somebody please hug me?
They claim they care,
but why do they whisper?

AIDS victims are God's children, too;
their lives may be different than yours, friend, or mine
But He sees inside where hearts seek Him true.
And His Love we must offer--the Virus to bind!

GLOBAL STATISTICS
Posted by Glenda A Bixler Reviews at 7:30:00 PM